Grandma Magda's Stand in the 70's 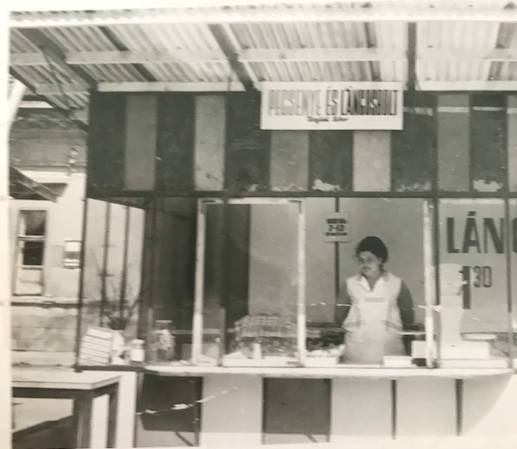 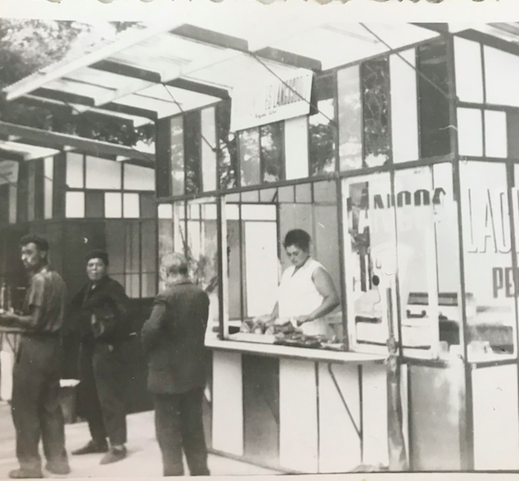 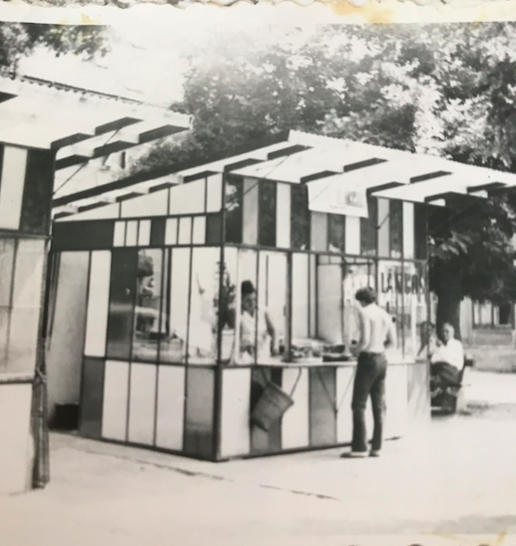 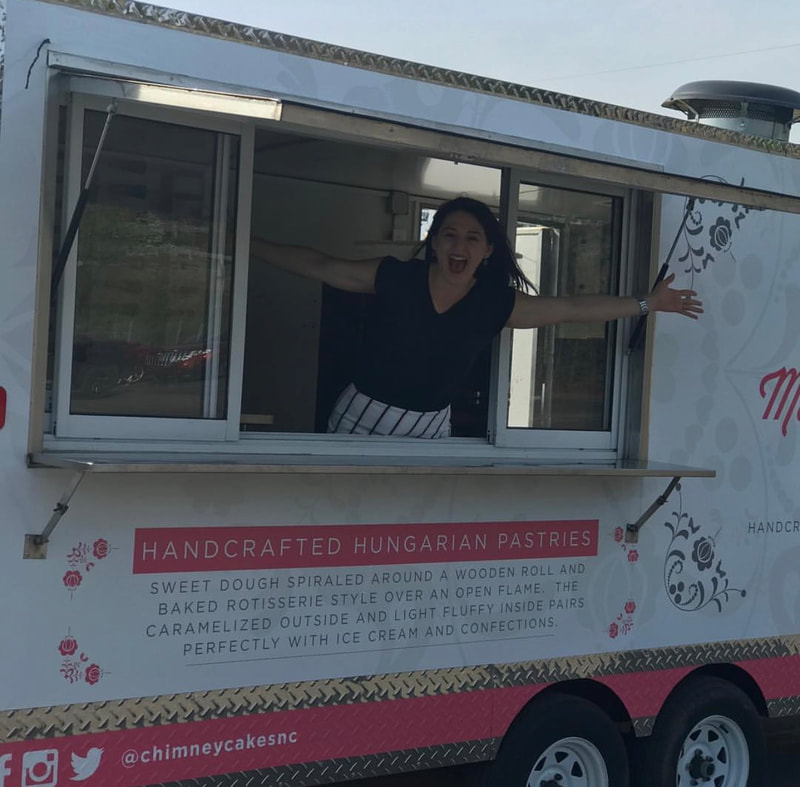 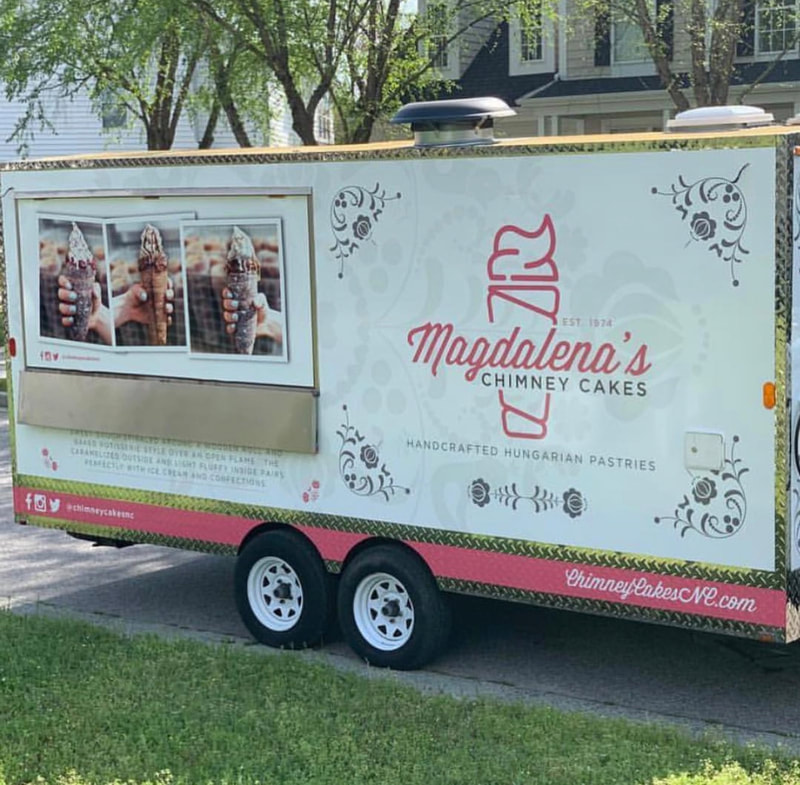 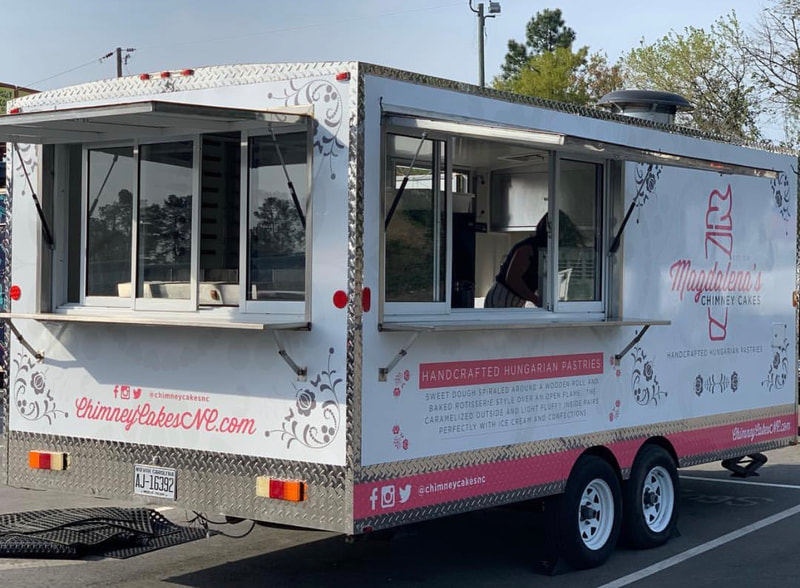 We are a food truck specializing in authentic, freshly baked, handmade chimney cakes! Don't forget to check out our blog to learn about our humble beginnings!

My grandma Magda had a street food stand (the OG food truck) where she sold chimney cakes and other Hungarian classics in the 1970s.   When I decided that American's should get a chance to taste the deliciousness that is Hungarian food, she passed along her recipes (and business advice), and the rest is history!  The photos above are of her original shop at a farmer's market just outside of Budapest.

Kürtőskalács (pronounced kurtush kalach) is made from sweet, yeast dough, of which a strip is spun and then wrapped around a baking spit, and rolled in granulated sugar. It is roasted over an open flame until its surface cooks to a golden-brown color. During the baking process the sugar stuck on the kürtőskalács caramelizes and forms a shiny, crispy crust. The surface of the cake can then be topped with additional ingredients and following the latest trend, the hollow inside can be filled with ice cream!

The origin, preparation, and history of these delicious pastries is highly disputed.  The first story implies that name comes from the Hungarian word “kürtő”, which means chimney, since the fresh, steaming cake in the shape of a cylinder resembles a hot chimney.  The first known record that hints at a family of cakes baked by rotating spit over cinders dates back to Medieval times!!

The second theory, and the way Grandma Magda believes to be true, is that name comes from the traditional Hungarian Kürt, which is the word for “horn”.  These horns have historically been the symbol of the unity of the Hungarian people, and the military captains’ emblem of honor.  Soldiers use to wear them hanging on their belts at festive occasions, drink from it at important holidays, and as legend has it, steal some dough from the kitchens and wrap the dough around it to grill a quick “kürtőskalács” , when they got too hungry to wait for the intended desserts to be prepared.  The horn is still a valued treasure of the Hungarian people, and even today is blown only at special events.